Young maple leaves at Ei-Kando Temple in Kyoto, May 2013.

Here’s a thought experiment.  Pierre Boulez, Benjamin Britten and John Cage are stuck in a Tokyo elevator for over three hours.  While waiting for a repairman, what do they talk about to pass the time?  Send me your ideas!

As I mentioned in my last post, our first visit to Asia was to Japan in 2002 and started in Kyoto.  A celebration of our 20th wedding anniversary, Jan and I decided to visit her college friend and enthusiastic chamber music collaborator from Boston University days, Mitsuyo Matsumoto.   We were transformed and overwhelmed with the beauty of cherry blossoms, sakura, as Miko guided us around the temples of Kyoto. 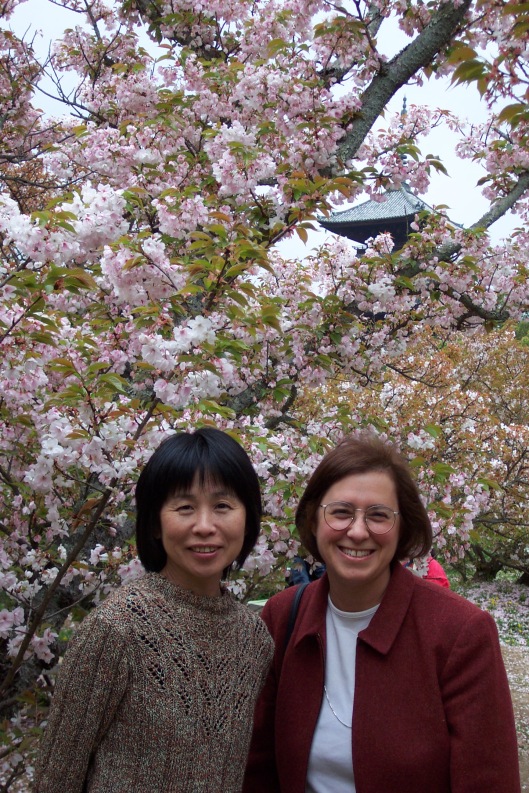 My path into Japan owes everything to my wife Jan.  Not only her friendship with Mitsuyo but her sibling artistic relationship with Kent Nagano plays an important role, as Kent is on Southwest’s advisory board and always aware of our work. Both Kent and Jan met at the Boston Opera Company working under the legendary Sarah Caldwell.  Jan and I were playing for Kent at the Monday Evening Concerts (I retired the French horn for conducting in 1998).   He and Jan kept looking at each other at the first few rehearsals, not quite certain of their past connections.  Finally at the dress rehearsal he invoked Sarah Caldwell and everything clicked – in mid-phrase! Kent flew directly from Los Angeles after this concert for Paris to assist Seiji Ozawa in the world premiere of Messiaen’s St. François d’Assise, so it was an exciting time and we’ve been friends ever since. In the late 80s Kent and I collaborated most successively on William Kraft’s Veils & Variations with the Berkeley Symphony.  His wife Mari Kodama also performed all the the Beethoven sonatas for piano on Southwest concerts.

And finally there is the impact of playing for Seiji Ozawa, who was music director at the Boston Symphony when Jan and I met at Tanglewood in 1979 (and was instrumental in shaping Kent’s career).  Ozawa’s stunning and breathtaking command of orchestral music left indelible memories from stirring performances (Berlioz Roman Carnival and Symphonie Fantastique, Mahler Symphony No. 1, Dvorák New World).  In addition, he made an imposing presence sitting with Leonard Bernstein as they both listened to various chamber music performances in which we performed!

I thought I’d share a fun fact.  Jan and I received phone notification that Southwest would receive funding from the U.S. State Department in July of 2008 while we were at Tanglewood reconnecting with Elliott Carter and Oliver Knussen.  We were at the Hawthorne Cottage when the call came in during a pounding rainstorm.  We were listening to Oliver talk about composition while meeting a host of talented young composers, and a few will someday find the right project for the LA International New Music Festival.  It was the perfect location to get the good news that Ascending Dragon, the largest cultural exchange in history between the U.S. and Việt Nam, would go from dream to reality! 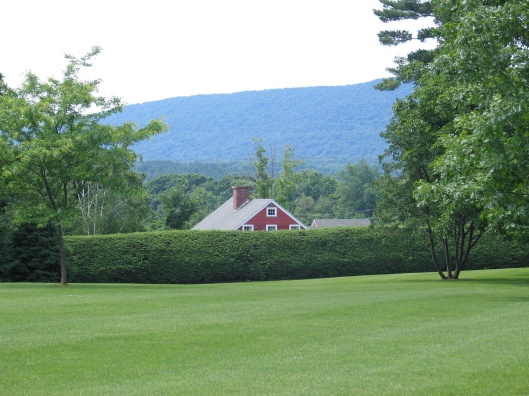 The Hawthorne Cottage at Tanglewood.

As I’m setting out an exposition of themes that shape my ongoing journey to the East, I think this short reflection on Japan is important.  I’ll be writing about my thoughts about music between Asia and the West as my blog develops:  this is one of the great inflections of our generation and there is much to learn on both sides.

The music of Toru Takemitsu can be discussed all you want, but the truth remains that he is the first composer from Asia to speak directly to Western audiences.  This May we made a visit to the Saihoji Temple and its inspiring moss garden featuring over 120 varieties.  It was Takemitsu’s favorite temple and he often brought guests there for a visit.  I’ll leave these few thought intervals isolated for now and will fill in the negative space they might create down the road.  For now, enjoy a photo from this Kyoto gem – it takes time to the absorb the grammar of Asia……. 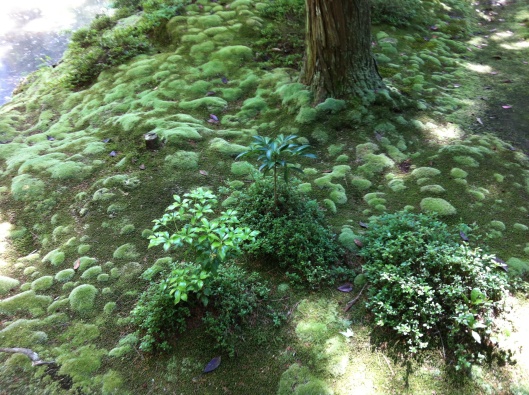 And as this blog is about the 2014 LA International New Music Festival, here’s an update from this past May.  Kent Nagano is always on the lookout for Southwest (he lead me to Kurt Rohde for Ascending Dragon and connected us to Unsuk Chin for the LA International New Music Festival).  We were recently in Tokyo meeting with Ichiro and Tami Nodaïra, as we have met in the past in both Tokyo and Los Angeles. Ichiro and Kent are great friends, as they were at Boulez’s IRCAM in Paris in the late 80s. In stark contrast to Takemitsu, Nodaïra’s music represents the amazing energy of Tokyo and we continue to search out the right project (Paris and Asia will be coming up in various ways as the themes of my blog progress).  Ichiro and I dream together, I am sure, of the right project becoming reality.

Here we are discussing ideas in the Shibuya District of Tokyo having an incredible meal of sukiyaki!

I’ll be turning soon to other exposition topics, so keep following this blog as I prepare to leave for Việt Nam (via Hong Kong) on Sunday night.  And let me know your thoughts about Boulez, Cage and Britten stuck in an elevator!