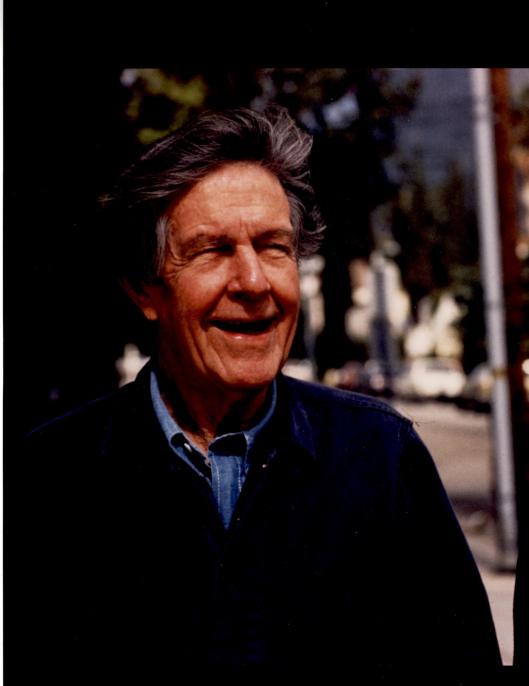 John Cage looking for his childhood home in Los Angeles in 1987 (photo by Betty Freeman).

Though I’ve spent time writing about Southeast Asia, Mexico and our recent Latin Grammy nomination with Gabriela Ortiz, my blog is rooted in my LA International New Music Festival. I am very grateful that since September I’ve acquired over 2,900 readers in 73 countries. My posts will continue to cast a wide net describing the personality of my programming. But with this blog I now want to spend time here at home.

No, I’m not moving to Southeast Asia or Mexico. I don’t need to because I live in LA.

My teachers studied with Arnold Schoenberg or played for Igor Stravinsky. Jan’s great uncle Nathan Freeman was good friends with Jacob Zeitlin, the literary agent for Aldous Huxley and D.H. Lawrence and also one of the great rare book dealers of our time. His red barn shop on La Cienega was a block from our house in West Hollywood. Betty Freeman (no relation to Uncle Nathan) loved my smoked salmon risotto and invited me to come over and cook it again at her home in Beverly Hills. The entire Schoenberg family remain life long friends. Lawrence Morton, the Stravinsky confidante at the Monday Evening Concerts, tipped me off to Carlos Chavez.

I am looking forward to sharing some of the photos Betty let me use for concert promotion over the years, and the one above is a rare one of she and John together. Betty was a One of a One, the more far out you were, the better. When she finally tracked Cage down, she was appalled at his living conditions in New York and gave him a stipend for the rest of his life. And Betty studied photography with Ansel Adams. She’s left us the best photos of 20th century musicians. I doubt we will see her type of support for a long time. And, lucky for me, she charmingly adored my risotto (the secret is in making a great stock)!

For make no mistake: the whole world of New Music came to Betty’s Beverly Hills home, or she went to find them in theirs. Boulez, Stockhausen, Cage, Birtwistle, Glass, Riley, Reich, Adams, Partch, Harrison, Berio, Ligeti, Carter, the entire range of taste and style. A concert was always better when Betty was in the audience.

She didn’t want anyone to give a concert in her honor after she passed and I’ve respected her wishes. No memorial dedications. She believed in moving forward.

The most often asked question I receive is how do I decide on concert programs. These blog posts are one way for me to address this question, which is answered by experience, intuition, research and an impatience for the routine. As well as cooking – I’ve never had a good idea hatch itself away from the dinner table. 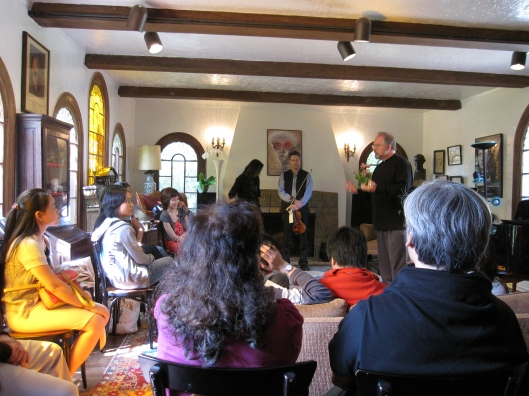 At Schoenberg’s Los Angeles home introducing his Phantasy for Vietnamese players in 2010.

My mom encouraged me to ask a lot of questions. She and my Uncle Vic put great music into my ears at an early age.  So when I set my mind on going to Vienna to study with Roland Berger of the Vienna Philharmonic (I retired the French horn for conducting in 1998) I saved my money for summers and summers working in our restaurant. Berger’s horn playing in the most successful classical recording of all time, Wagner’s Ring Cycle with Sir Georg Solti and the VPO, inspired me as a young musician. As Cage described, “I went to the president of the company” to learn about the instrument and music I loved and, in the bargain, became fluent in German.

With Roland Berger of the Vienna Philharmonic, always with a dictionary by our sides.

I’ve spent many years reflecting on “Why Los Angeles?” for my career. And the answer to that question answers how I program. An English friend of mine described LA as “the elephant’s graveyard of Western civilization.” Studying history is for me the key ingredient in making good concert programs. Because there is never one side of a story and each story has multiple perspectives.

So the solution to growing up in a city with little or no tie to the hobby horses of Europe, of French food, Viennese music, eye popping Old Master art collections, or legendary Italian pizza, is to take Sunset Boulevard all they way to the ocean. Make a detour on Wetherley Drive in West Hollywood and pay your respects to Stravinsky’s house, do the same in the Pacific Palisades to Schoenberg’s. Then end at the Pacific Ocean. Dream East and eventually get on a plane and fly to Asia. Problem solved. 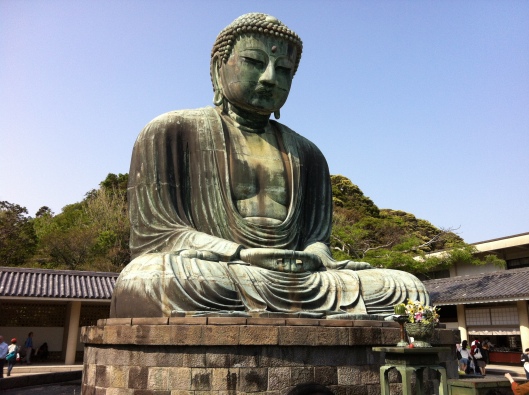 Or if not East or Southeast Asia, maybe you’ll go to the ultimate source. Ever had yogurt? Done yoga? Smelled incense? Heard about meditation? Then perhaps you’ll follow Christopher Isherwood’s guidance and search for a guru in India. 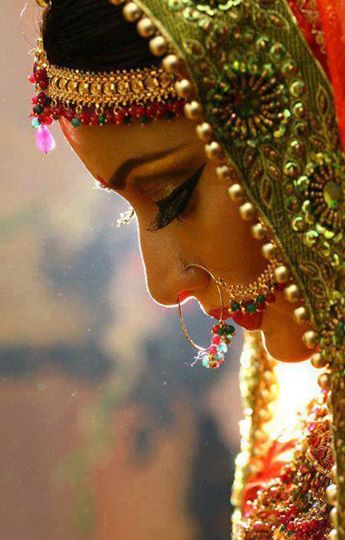 An Indian woman in Madras.

If I had to put living in LA on the back of a business card I’d write “LA = Asia and Latin America in one city.” Europe has little if any hold here. And Cage would prove it in spades.

I’ve thought a lot about the fact, not coincidence, that Cage studied with Schoenberg here, “not just anybody” as he described it. After living in Schoenberg’s home of Vienna I learned how pride in one’s own culture works. A local composer retrospective there includes Mozart, Haydn, Beethoven, Schubert, Brahms, Bruckner, Mahler, Schoenberg, Berg and Webern. You can only eat what you grow and Schoenberg wound up in LA because of Hitler. European Cultural Story Over. New Cultural Story in Los Angeles Begins.

And so I placed Cage’s centennial on my planning calendar years in advance.

I launched Cage 2012 in January of 2010 to give my players and our audiences numerous concerts, over three years, to absorb the centennial of LA’s greatest favorite son composer, John Cage. We’ve played more Cage than any other American group.

If this were Vienna, streets around Walt Disney Concert Hall would remember Cage, Schoenberg, and Stravinksy, not the arts administrators, politicians and donors as it does now. But that ranting observation aside, after a Viennese apprenticeship I could not imagine living in Los Angeles without devoting myself to those three composers. It isn’t the Getty Center and Disney Hall that truly create LA’s increasing buzz. The wave just took a while to get to shore from our cultural grandparents. Add the bright lights of Hollywood and you’ve got a good story line.

When my friend, art curator and author Jay Belloli, informed me he would be having an exhibition of Robert Rauschenberg in January 2010 at the Armory Center for the Arts in Pasadena, I knew the timing for Cage 2012 was ideal (Jay is now the board president for Southwest’s LA International New Music Festival).  One memorable program began with Child of Tree for found natural objects, preferably from the American Southwest, played by percussionist Lynn Vartan. 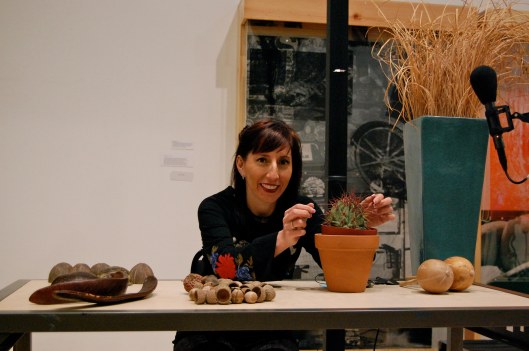 Lynn and her amplified cactus & plants for Child of Tree with Rauschenberg as backdrop.

The second half was devoted to the first performance of The Ten Thousand Things, at least to our knowledge. This performance was the nucleus for John Schneider to organize the first complete performance (adding two prepared piano pieces which the fire marshal nixed for us!) and a subsequent CD that recently was nominated for a Grammy Award. Glad to have pointed the way. 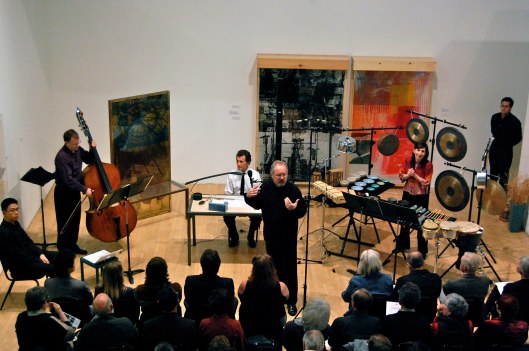 I’ve needed this introduction to create a context for my next Cage story. Because the Cage audience draws from many diverse segments, dance, visual art, Zen Buddhism, the Chinese I-Ching, the emotions of Hinduism, the writings of Thoreau and Joyce. Hence connections from Jay to Rauschenberg and Mineko.

I love new characters and here are two that bring cultures together.

So how do I program? Very carefully with late Cage.

My Cage research had told me that towards the very end of his life he had worked with a young Japanese sculptor, Mineko Grimmer, on two works for solo violin to be played with her sculptures. I Googled Mineko and to my delight I saw there was a great chance she still lived in Los Angeles. I called close friend and art curator Jay and promptly got her phone number. I called Mineko. And we made plans to install her sculpture’s with Shalini playing One6 and One10.

You’d be right if you guessed that my violinist Shalini Vijayan has an Indian name, South Indian to be precise. Though she was born in Davis, California, Shalini’s sister Suju was born in Kerala and they still have family there. I knew she would have the spiritual control for these slow, slow, slow pieces. Yoga? Are you kidding me? Her first studies were in India. 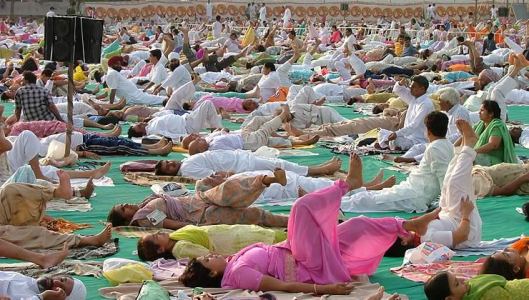 Group yoga in India. Move over, Vienna. Talk about tradition…….

Now let’s add to Shalini’s Indian background Mineko’s Japanese Buddhist culture. As in a Zen garden. On the Philosopher’s Walk in Kyoto, a city that honored Cage with the Kyoto Prize.

A Zen garden at Eikando Temple in Kyoto.

I live by one rule of thumb. Create concerts of content and integrity over appearance. I knew that the combination of Shalini and Mineko would result in unforgettable performances of the final works that are part of Cage’s creative last will and testament. Schuppanzigh had Beethoven, Joachim had Brahms but we have Mineko, who collaborated with Cage. A living tradition keeps music alive. Or if you need another perspective we’ve never had a deficit playing music not everybody loves (orchestras and opera companies can eat their hearts out). Yin and Yang…

I’ll be adding another post to continue the discussion. Combining India, Japan and Cage is a rich subject that deserves elaboration. So in the meantime, enjoy the first video of my blog. It shouldn’t take much to understand how Cage became impressed with Mineko once you’ve viewed and heard this video of a related sculpture.

Shalini, Mineko and John? As Zen as it gets. Europe as the only center of musical culture? Not any more. Welcome to LA. And the World of Equanimity. More on that in my next post. 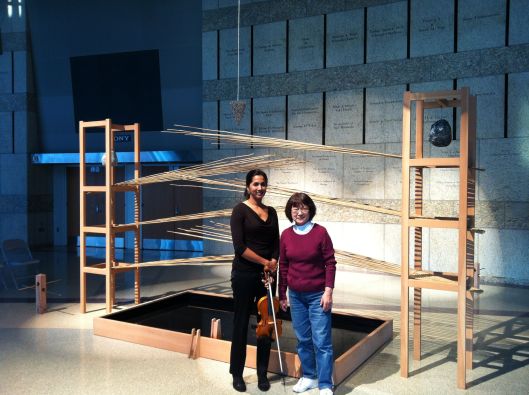