“Some people wouldn’t know a good piece of music if it walked up and bit ’em in the ass” – Frank Zappa.

There are times in life when you need to shine your shoes. Find a tuxedo and stay up way past your bedtime. I’m getting stoked thinking about leaving next week for Las Vegas and our 9th trip to the Grammy Awards. Zappa’s motto quoted above applies to life events as well. You’ve got to show up.

If being nominated for a Grammy Award gets old, you’ve got problems…

And did I mention that there are parts of Las Vegas that I really love?

A few miles from the Las Vegas Strip.

Surprise…….the inspiring Red Rock Canyon is less than 20 minutes from Mandalay Bay where the Latin Grammy’s are held. A great place for a hike and packing a picnic. Mom taught me never to judge a book by its cover. Digging a little deeper on your map can pay some big rewards. The best stuff is always off the beaten path.

As you know if you’re following my blog, which is now being read in over 40 countries, (who knew someone in Sudan would follow the LA International New Music Festival?), I’ve been in Hanoi, Luang Prabang and Hong Kong recently. Don’t worry, I’ll be returning to those stories soon. Jet lag is fierce this time.

But my life is a continuing balancing act between my love for Mexico and my love for Asia, and Southeast Asia in particular.  And Mexico is calling me again. 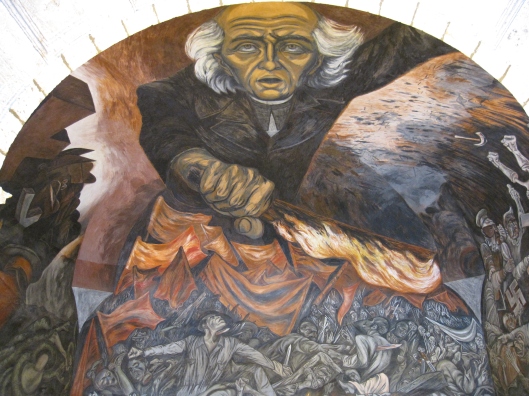 You would not be reading this blog without my dear, lovely, inspiring, forever to be missed Uncle Vic. He brought music into my life. His favorite opera was Turandot – being in Hong Kong a few weeks ago had a new resonance.  He would always act out little Liu’s death. Something I never even recalled is now a memory I can’t and don’t want to get out of my mind.

One day he brought the Beethoven Symphonies with Arturo Toscanini into our house with a couple of records of Miles Davis. He adored Eileen Farrell and yes we listened to Wozzeck together when I was in 6th grade. That did it – I was hooked on new sounds for a lifetime.

My Uncle Vic was the gay uncle every straight man should have.

I am constantly hearing music he poured into me and being caught off guard by a huge wave of grief. I would not be a musician without him.

His three sisters were waitresses at 20th Century Fox and he loved my mom telling him about waiting on the likes of Marlon Brando, Orson Welles, James Stewart or Marilyn Monroe. Our next door neighbor in West Hollywood was the actor John Ireland. He had a good role in Spartacus so going to see that Black List breaking epic at the Pantages is now a powerful life memory. Ireland’s home was designed in a Japanese motif, like a Kyoto tea house. Some things just keep coming back to me…

My Uncle and his partner Ernie would take many car trips into Mexico, bringing back presents all the time. Rugs from Oaxaca and tales of incredible food, people and art.

“Once you get the dust of Mexico on you,” my Uncle Vic would predict to me, “you’ll never get if off of you.”

A street in Puebla, one of my Uncle’s favorite cities.

I am convinced my Uncle Vic is the one relative who truly listened to my recordings. He bought them, he loved them, and was he ever so proud that I’d advocated for the music of Carlos Chavez, one of his heroes. My God did we listen to Sinfonia India with Leonard Bernstein a lot!

I’ve received thus far 9 Grammy nominations in my career. We’ve won twice. All of them are tied to Mexico, its composers and musicians.

Visiting Ana Chavez when we were in Coyoacan to discuss our CD project recording all of her father’s music was a great highlight. My Uncle was too old to travel by then, but I’ve never gone to Mexico without thinking of him.

Jan in the Coyoacan Plaza after meeting Ana Chavez.

Being in Ana’s home was always a big treat. During the first visit, she excused herself to get some drinks. Jan looked at me and whispered,

“That’s a Frida Kahlo behind you!”

And I replied “And you’ve got a drawing by Diego Rivera behind you.”

Which brings me to next week. Gabriela lives in Coyoacan as well, not far from the house where Stalin’s assasin tracked down Leon Trotsky. Frida Kahlo’s Casa Azul is nearby. Not to be outdone with family pedigree, Gaby’s grandfather was the personal physician to Pancho Villa. As in the leader of the Mexican Revolution.

All composers ask performers to jump off a cliff. Only great ones jump with you. Gabriela Ortiz takes the plunge, and I love her for it.

Gabriela at our CD release party.

Gabriela is poised to lead contemporary music in Latin America for an entire generation. And that’s in and of itself a good thing. A woman defining an era in classical music. Never happened before and this is just the beginning.

I didn’t have a camera when we had lunch with Vu Nhat Tan in Pasadena in 2012. But stay tuned….the story of my love of Mexico and Vietnam might just be getting started.

I’ll be blending my posts and their narrative between Vietnam and Mexico.

After all, I live in LA.

With my parents for their 60th wedding anniversary on Olvera St. where they use to go on dates long, long ago.