The magical city of Taxco.

In 27 years directing Southwest Chamber Music the two questions I’ve received with the most frequency are “How to you decide on your concert programs?” and “How did you learn about the music of Carlos Chávez?” Some recent posts have offered clues to the answer of the first question and it needs the more complicated response of the two questions.

But to answer the question about Carlos Chávez is not so difficult. And I’m old enough now to enjoy the memories that make the answer delicious.

In the Mercado Benito Juarez in Oaxaca.

When I was about 5 or 6 we moved from West Hollywood to Monterey Park. My parents’ restaurant was in downtown Los Angeles. When I was in grammar school I would go to the home of Eduardo and Cristina Isais and wait for my mom to pick me up after their lunch hour ended around 2:30 PM. The Isais’ were from La Paz in Baja California. And the memory of the smells from that kitchen do for me what a cup of tea does for Marcel Proust.

I can recreate a whole lifetime in those memories, those smells, and those tastes.

This was the early 1960s. The Vietnam War. The Civil Rights Movement and the Watts Riots. Sandy Koufax and the Dodgers triumphant. And the Farm Workers movement of another Chavez, Cesar.

It was a great time for big doses of philosophy directed at a young kid. I’ve confirmed México can deliver great and compelling observations. Octavio Paz and Carlos Fuentes come to mind. And the most philosophical cab drivers in the world are in México City. 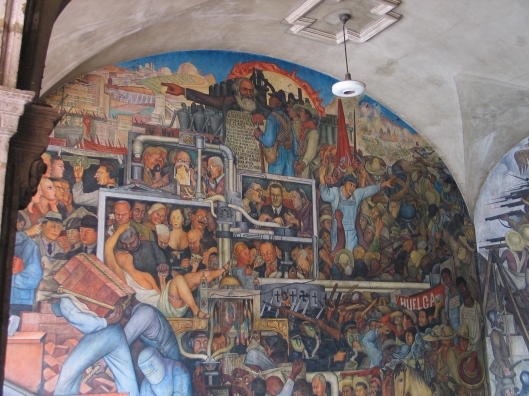 During this time period, Columbia Records released all of the symphonies of Carlos Chávez with Chávez conducting his orchestra in Mexico City. Those records became the soundtrack of my childhood. Senora Cristina would dance with me to Sinfonia India while taking a break cooking tamales or menudo or blending salsas.

I learned serious-don’t-screw-up cooking technique from my parents. With almost 120 lunches coming at us in 90 minutes I was more afraid of my mom’s dog house than burning myself or cutting myself with a knife. She was right.

My great memory is of Cristina being impressed to the point of intimidation that my mom could make gravy simply. I used to have the job of blending white sauce for various dishes and making a gravy is just the next step with different ingredients. There’s no gravy for turkey per se in Baja so it was a great day when mom taught Cristina this American tradition.

With Cristina, I learned cooking was fun. And connected to music. Which meant classical music from her home of Mexico. I rarely heard a mariachi or Norteno song in that home except at a party. All this love of music meant Carlos Chávez and an endless dance of pride. Like my mom, she was also right.

From my mom I learned the professionalism of cooking and from Cristina I learned the secrets of home cooking. Having both is now a joy!

In Cristina’s household Carlos Chávez the Serious was bound up with Cesar Chávez the Leader. That Mexican immigrants were shaping California and the United States. My God, that was back in the 1960s and we still can’t figure this out.  At least Pete Wilson’s attempt to demonize Latinos permanently backfired here in California.

And did I mention that my friends south of the Rio Bravo have a lot more corazon than us gringos? And still do, as far as I’m concerned. 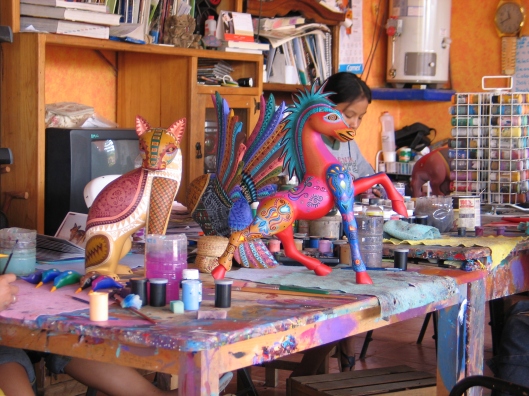 Magical animals: the workshop of Jacobo & Maria Angeles in Oaxaca.

Fast forward to my professional adulthood, a successful career as a musician, an apprenticeship with Roland Berger of the Vienna Philharmonic under my belt (I retired from the French horn in 1998 to focus on conducting), major accolades from Seiji Ozawa and Gunther Schuller at the Tanglewood Festivals in 1979 and 1980, and directing Southwest.

The two questions that began this post now converge, namely how do I program and how did I find Chávez. Here is some free advice. Get over yourself and trust the opinions of great minds. Don’t write a master’s thesis about giant killing a genius from the past. Or think you know more than you really do.

I just listened to Aaron Copland and Igor Stravinsky and have received 2 Grammy Awards and 7 Grammy nominations for Carlos Chávez. Get the point?

Aaron Copland’s life long friend was Carlos Chávez. As an American musician that’s good enough for me. This knowledge took my childhood memory of Chávez to professional confirmation years later.

And here is what happened to launch my idea to record all the chamber and ensemble works of Carlos Chávez. 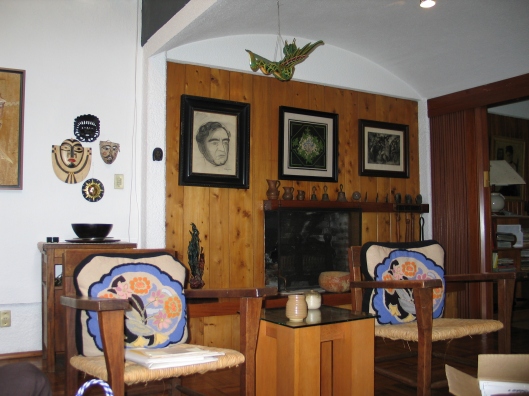 Chávez’s Coyoacán living room with his portrait by Siqueiros on the wall.

When Lawrence Morton, the famous director of the Monday Evening Concerts, was clearing out his office, he called me to come down and see if there were any scores I’d like for my library. Naturally, I took him up on his offer. He was very close friends with Stravinsky so being around Lawrence was always a no-brainer.

I saw score and parts to a string trio by Chávez, Invencion II. Hard as nails, dissonant, angular, magical, quiet, terse, uncompromising. I asked Lawrence what he knew of the work.

“Stravinsky thought that was a great piece,” said Lawrence.

So I listened to the opinion of Stravinsky. We recorded all of the works of Chávez. And the rest is history. The score and parts were sent to Stravinsky by Chávez to Lawrence to our music stands. I like the connection and the good luck it brought us!

So the childhood memory of dancing with Cristina to Sinfonia India (vinyl records brought to me by my Uncle Vic) joined up with the mature reality listening to the advice of Igor Stravinksy, through his friend Lawrence Morton, to me.

And since my blog is read now in 48 countries, that’s the type of thing that makes LA a great place. Living here I’m between México and Southeast Asia with Stravinsky and Schoenberg having shaped my teachers.

See you next from Las Vegas with the Latin Grammy Awards and Gabriela Ortiz! 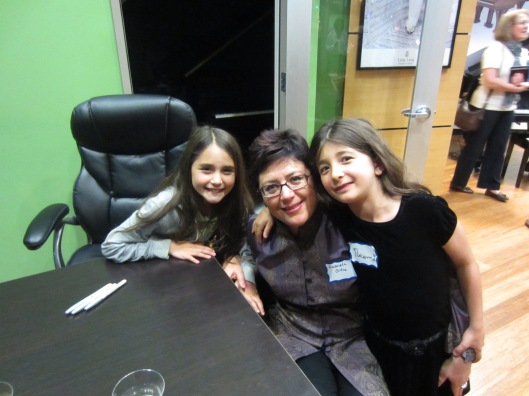 Gabriela with her nieces Regina and Valentina.